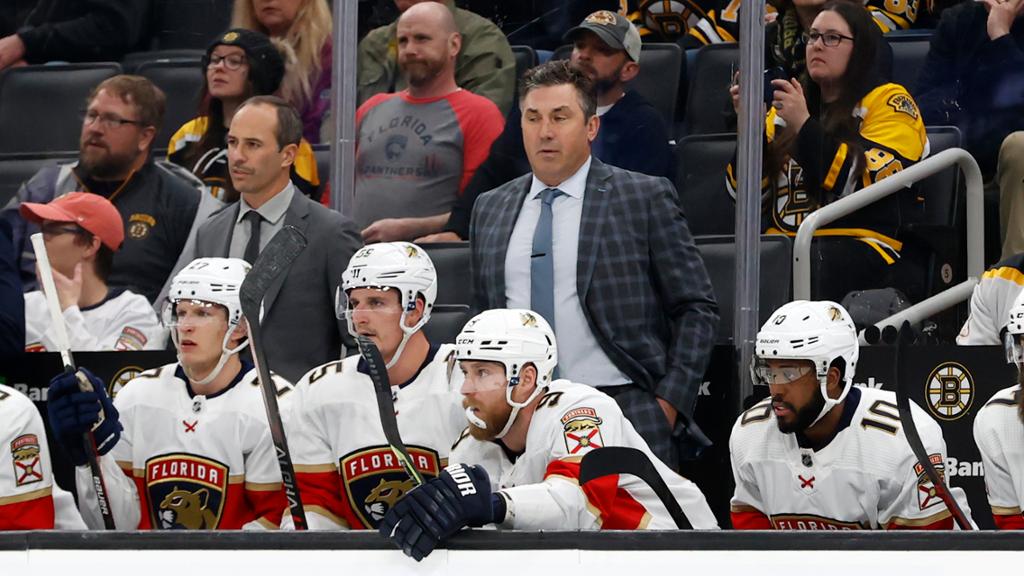 Here is a look at the NHL standings and everything else that could impact the playoff picture.

The Florida Panthers will clinch the Presidents’ Trophy:

If they get one point against the Senators and Nashville defeats Colorado in regulation.

The Tampa Bay Lightning will clinch the No. 3 seed in the Atlantic Division and a first-round matchup against the Toronto Maple Leafs and the Bruins will clinch the first wild card and play the Carolina Hurricanes:

If Tampa Bay gets one point against Columbus and the Bruins lose to the Buffalo Sabers in any fashion (7 p.m. ET; NESN, MSG-B, ESPN+, NHL LIVE).

If Boston loses to Buffalo in regulation.

There are nine games on the NHL schedule, seven with playoff implications.

Washington Capitals at New York Islanders (7 p.m. ET; MSG+, NBCSWA, TVAS, ESPN+, NHL LIVE): The Capitals, who hold the second wild card from the Eastern Conference, are one point behind the third-place Pittsburgh Penguins in the Metropolitan Division with one game in hand. The Islanders have been eliminated from playoff contention.

Buffalo Sabers at Boston Bruins (7 p.m. ET; NESN, MSG-B, ESPN+, NHL LIVE): The Bruins hold the first wild card from the East and are three points behind the third-place Tampa Bay Lightning in the Atlantic Division. The Sabers have been eliminated from playoff contention.

Florida Panthers at Ottawa Senators (7 p.m. ET; BSFL, TSN5, RDS, ESPN+, NHL LIVE): The Panthers have clinched the No. 1 seed in the East and are two points ahead of the Avalanche for the Presidents’ Trophy as the regular-season points leader. Each team has two games remaining. The Senators have been eliminated from playoff contention.

New Jersey Devils at Carolina Hurricanes (7 p.m. ET; BSSO, MSG+, ESPN+, NHL LIVE): The Hurricanes are one point ahead of the Toronto Maple Leafs in the Eastern Conference standing in the battle for home ice advantage in the event they meet in the later rounds. The Devils have been eliminated from playoff contention.

Calgary Flames at Minnesota Wild (8 p.m. ET; NHLN, BSN, BSWIX, SNW): Minnesota is tied with St. Louis for second in the Central Division points with one game in hand and holds the tiebreaker over the Blues. The Flames have clinched the No. 2 seed in the Western Conference.

Nashville Predators at Colorado Avalanche (9 p.m. ET; ALT, BSSO, ESPN+, NHL LIVE): The Predators clinched a playoff berth after a 5-4 overtime loss to the Flames on Tuesday and hold the second wild card from the West, one point behind the Dallas Stars. The Avalanche have clinched the No. 1 seed in the West.

Here is a look at the matchups for the first round as they stand entering games Thursday:

There was five games Wednesday, three with playoff implications:

Chicago Blackhawks 4, Vegas Golden Knights 3 (SO): Tyler Johnson scored the winner in the seventh round of the shootout to eliminate Vegas from playoff contention. Chandler Stevenson had three assists for the Golden Knights, who struggled down the stretch with one win (1-2-3) in their past six and failed to qualify for the postseason for the first time in their five-season history.

Arizona Coyotes 4, Dallas Stars 3 (OT): Travis Boyd scored the winner at 1:43 of overtime to cap the four-goal comeback for the Coyotes against the Stars, who clinched a playoff berth by earning one point. Tyler Seguin scored a goal and an assist for Dallas, which is one point ahead of the Predators for the first wild card from the Western Conference.

Montreal Canadiens 4, New York Rangers 3: Jeff Petry scored the winner with 31 seconds left to end a nine-game losing streak for the Canadians, who were eliminated from playoff contention earlier this month. The Rangers are with the Tampa Bay Lightning with 108 points for Eastern Conference seedings and potential home-ice advantage should they each win their first round series and play later in the postseason.