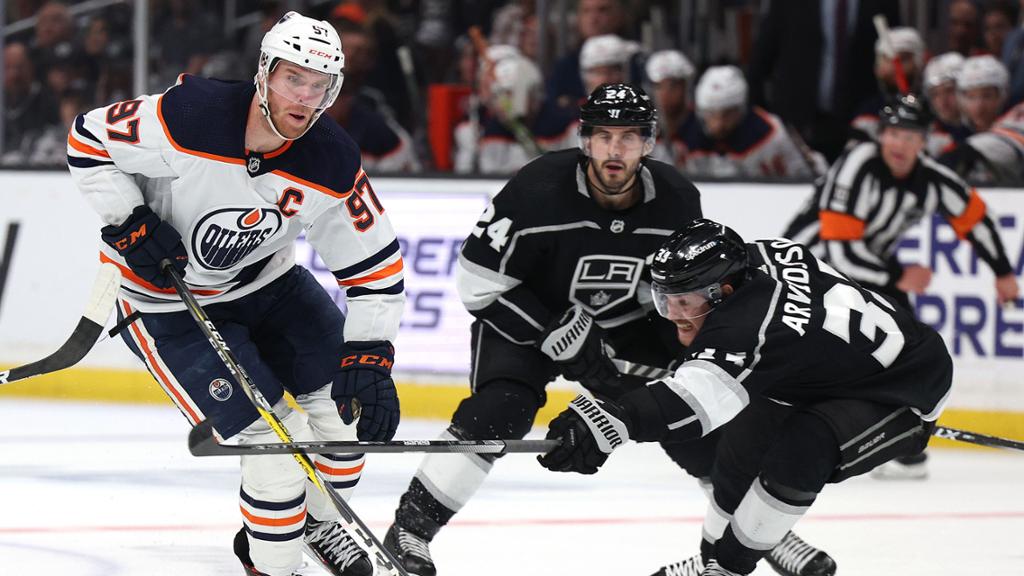 The Los Angeles Kings clinched a berth in the Stanley Cup Playoffs on Tuesday when the Dallas Stars defeated the Vegas Golden Knights 3-2 in the shootout.

Los Angeles, third in the Pacific Division, is in the postseason for the first time since 2017-18. The Kings will play the Edmonton Oilers in the Western Conference First Round. The playoffs begin May 2.

The Oilers, who clinched the second seed in the division with a 5-1 win at the Pittsburgh Penguins on Tuesday, have two games remaining, at home against the San Jose Sharks on Thursday and the Canucks on Friday.

If the teams finish tied, the Oilers would win the tiebreaker with more regulation wins (38-34).

Forward Trevor Moore and defenseman Drew Doughty led Los Angeles with four points each against Edmonton this season. Moore had two goals and two assists in four games. Doughty, who is out for the season after wrist surgery April 11, had one goal and three assists in two games.

This will be the eighth time the Oilers and Kings have met in the playoffs. Edmonton has won five of the seven series. The last time the teams played in the postseason was a six-game Oilers victory in the 1992 first round, the third straight season Edmonton defeated Los Angeles in the playoffs.

The Oilers qualified for the postseason for the third straight season but have won one series (in six games against the Sharks in the 2017 first round) since losing the Stanley Cup Final in seven games to the Carolina Hurricanes in 2006.

They were swept by the Winnipeg Jets in the Stanley Cup First Round last season.

The Kings, who are coached by former Oilers coach Todd McLellan, last won a postseason series when they defeated the New York Rangers in five games in the 2014 Stanley Cup Final.