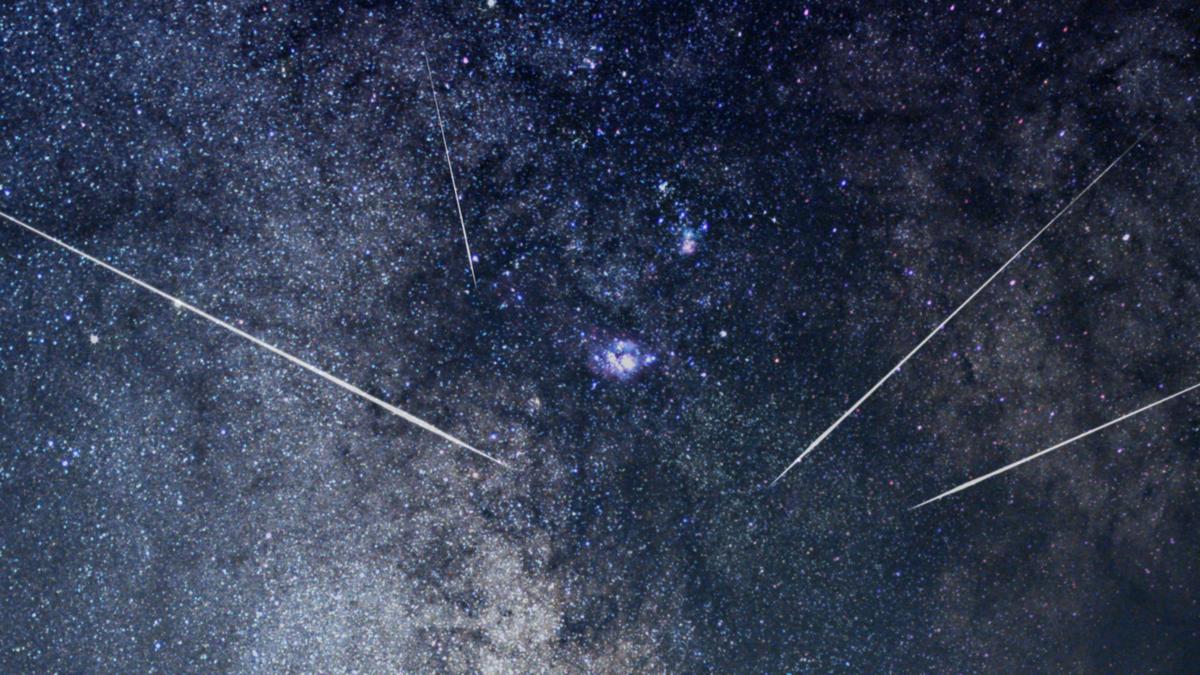 If you spot a shooting star in the night sky overnight, it might be from the Lyrid meteor shower, which will reach its peak before dawn.

Named after the Lyra constellation, the Lyrid meteor shower will end the “meteor drought”, the period between January and mid-April when no meteor showers light up the sky.

Australians can start scanning the sky after midnight but will have to wait until the hours before dawn until April 29 for the best chance to spot the shower, according to science and nature website EarthSky.

The shower will be easier to spot if you can get to somewhere with wide-open spaces, away from lights.

And of course it is best if the night sky is clear. The Bureau of Meteorology says we should have clear skies in Brisbane, Sydney and Perth until at least Sunday. Showers are expected in Melbourne in that time.

You may still spot some extra special shooting stars around this time though.

The shower will be most visible from the northern hemisphere.

Watchers should also keep an eye out for fireballs or glowing dust trails that meteors leave behind.

This shower will remain active until April 29.

Gazers should find an area away from city light pollution and lie back to get as much of the night sky in view.

Wait 30 minutes for your eyes to adjust to the darkness to make meteors easier to spot, NASA recommends.

The Lyrids have been observed for 2700 years, according to NASA.

This shower tends to have bright and fast meteors and has reached a peak of as many as 100 meteors seen per hour.

However the moon this year will be in a waning gibbous phase, meaning more than half of it will be shining luminously, so you’ll only see the brightest meteors during the early morning of April 22, according to the American Meteor Society.

Lyrids are commonly known to have unpredictable surges, so be prepared for unexpected outbursts, according to EarthSky.

After the Lyrids, another 10 meteor showers will peak in 2022. Here’s a list of the remaining showers to watch for this year:

Following the Lyrids, the celestial show will continue on April 30, when a partial solar eclipse occurs.

The event can be seen by those in southern South America, the southeastern Pacific Ocean and the Antarctic peninsula, according to The Old Farmer’s Almanac.

Another partial solar eclipse on October 25 will be visible to those in Greenland, Iceland, Europe, northeastern Africa, the Middle East, western Asia, India and western China.

Partial solar eclipses occur when the moon passes in front of the sun but only blocks some of its light.

Be sure to wear proper eclipse glasses to safely view solar eclipses, as the sun’s light can be damaging to the eye.

There will also be a total lunar eclipse visible in Australia in 2022. It will be on display for those in Australia, Asia, the Pacific, South America and North America on November 8 between 3:01 am ET and 8:58am ET.

A lunar eclipse can occur only during a full moon when the sun, Earth and moon align, and the moon passes into Earth’s shadow.

Earth casts two shadows on the moon during the eclipse. The penumbra is the partial outer shadow, and the umbra is the full, dark shadow.

When the full moon moves into Earth’s shadow, it darkens, but it won’t disappear.

Sunlight passing through Earth’s atmosphere lights the moon in a dramatic fashion, turning it red – which is why this event is often referred to as a “blood moon.”

Depending on the weather conditions in your area, the moon may appear rusty, brick-coloured or blood red.

This color variability happens because blue light undergoes stronger atmospheric scattering, so red light will be the most dominant color highlighted as sunlight passes through our atmosphere and casts it onto the moon.

There are eight full moons still to come in 2022, with two of them qualifying as supermoons. Here is a list of the remaining moons this year, according to the Farmers’ Almanac:

Thomas has one year to live. Here’s how he’s spending his final months