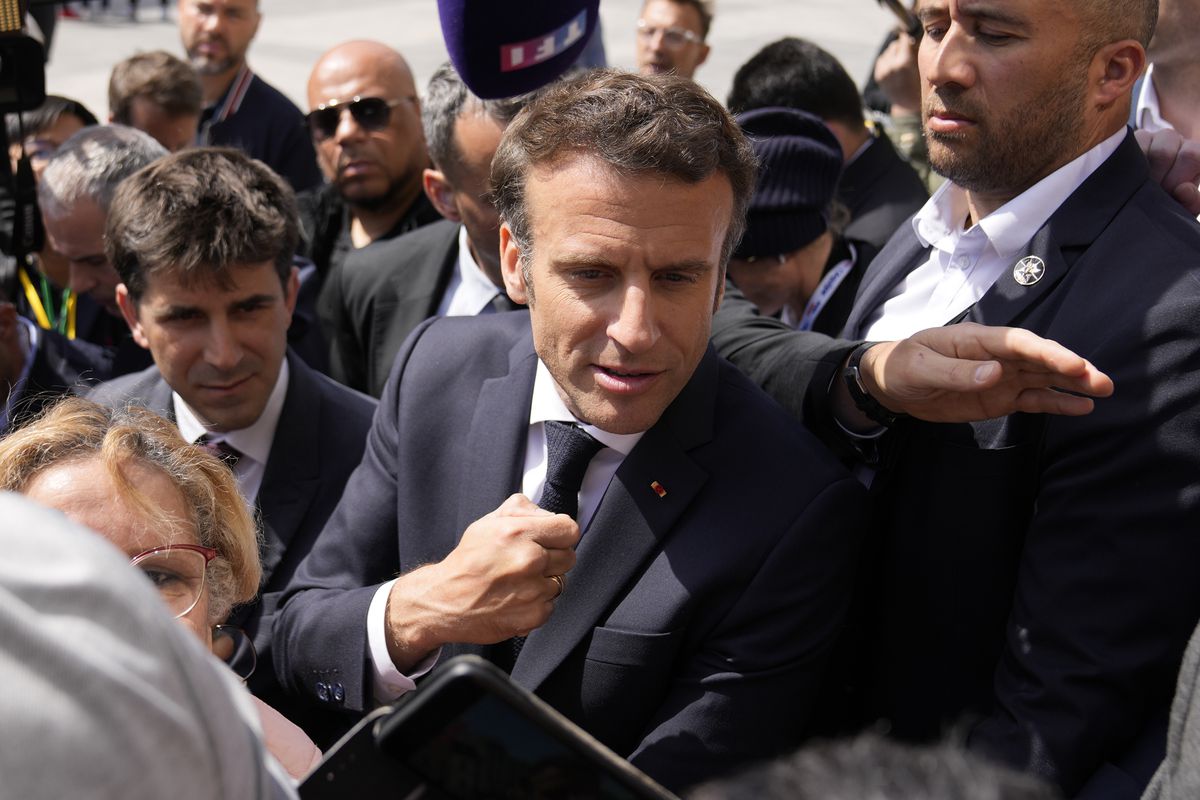 With just three days to go before Sunday’s election run-off, the two were back on the campaign trail – Macron in a Paris suburb with a strong left-wing vote, and Le Pen in the north of the country where she has a loyal following .

“I have every chance of winning,” Le Pen told reporters in Roye, a town in the Somme where over two-fifths of voters backed her in the first round earlier this month.

“(In the debate) I had in front of me an Emmanuel Macron who was showing his true colors – very contemptuous, very arrogant, even in his body language. That wouldn’t have surprised anyone,” she said.

Yet Macron was seen as winning re-election with an unchanged 56% of the vote, according to a survey by OpinionWay/Kea Partners conducted between April 20-21, thus capturing some respondents after Wednesday evening’s nearly three-hour event.

Nevertheless uncertainty over the final result remained high as the poll also showed that just 72% expected to cast their vote – a figure which would mark the lowest turnout since 1969.

Viewers of the only debate between the two final candidates deemed Macron prone to bouts of high-handedness with Le Pen but also found him more convincing and fit to be president, a separate Elabe poll for BFM TV showed.

Le Pen, who focused on expressing empathy with people she said had “suffered” since Macron beat her in 2017, was judged slightly more in tune with voters’ concerns but her far-right views were still considered much more worrying, the poll showed.

“Did she give the impression she is ready to govern?” Le Parisien said in an editorial on Thursday. “Judging by the debate, she did not dispel that doubt.”

Other analysts said the debate should be taken with a pinch of salt as only 15.5 million people tuned in to watch it, the smallest audience ever recorded for such an event.

The centrist, former merchant banker Macron is a staunch supporter of European Union and the kind of internationalism which has in recent years suffered setbacks from events such as Brexit and the election of Donald Trump as US president.

Le Pen says he embodies an elitism that has failed ordinary people. Her policies include a ban on Muslim headscarves in public, giving French nationals priority on jobs and benefits, and limiting Europe’s rules on cross-border travel.

Macron sought on Thursday to win new supporters on Thursday in the Paris suburb of Seine-Saint-Denis – a key target for both candidates which voted heavily for hard-left candidate Jean-Luc Melenchon in the first round.

“Things are not changing quickly enough,” he acknowledged to a gathering of locals there, promising to put more resources into housing, security, education and job opportunities for under-privileged communities.

It is unclear if the last two days of campaigning will change any votes. Macron’s lead in polls is currently narrower than five years ago, when he beat Le Pen with 66.1% of the vote.

The premium investors demand to hold French bonds over their German equivalent was largely stable on Thursday following the debate, suggesting they are sanguine about Sunday’s vote.

Whoever wins on Sunday will only have done so after a bitter campaign which could bode ill for their capacity to win a parliamentary majority in June and implement reforms.

If Macron wins he could face a difficult second term, with voters of all stripes likely to take to the streets again over his plan to continue his pro-business reforms.

If Le Pen wins, radical changes to France’s domestic and international policies would be expected, and street protests could start immediately.

French President Emmanuel Macron cleared a major hurdle on the path to re-election with a combative TV debate performance against far-right candidate Marine Le Pen that convinced most viewers, a poll said, even if he was still deemed arrogant.