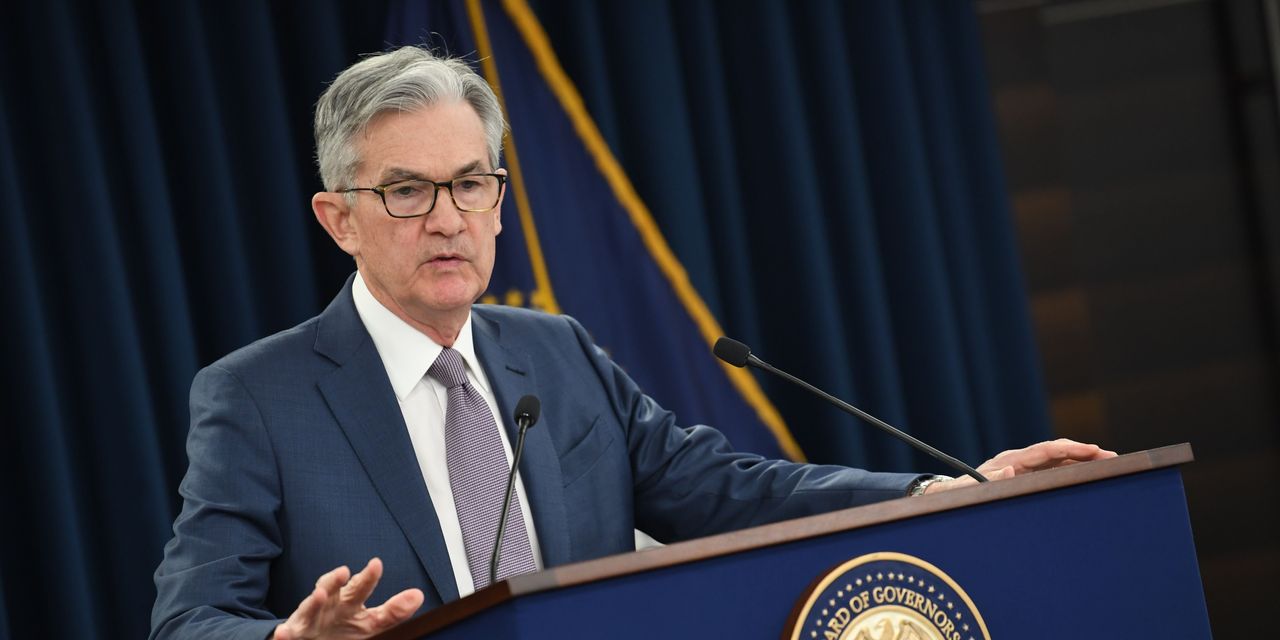 Federal Reserve Chairman Jerome Powell on Thursday joined the chorus of US central bankers who want to move faster on raising interest rates.

“It is appropriate in my view to be moving a little more quickly,” Powell said during a discussion hosted by the International Monetary Fund in Washington.

“I also think there’s something in the idea of ​​front-end loading,” when moving away from the central bank’s easy-money policy, he said.

In March, the Fed hiked its benchmark interest rate for the first time in three years to a range of 0.25% to 0.5%. Officials think a rate around 2.4% is “neutral” meaning policy won’t be boosting the economy at all.

The Fed is committed to getting growth in the consumer price index back to its 2% target, he said.

Consumer-price inflation hit an 8.5% annual rate in March. Some economists think this will be the high-water mark or peak. Powell was cautious.

“Inflation may have peaked in March, but we don’t know,” he said. The Fed is not counting on it, he added.

Powell said that the US labor market was “too hot” but added that observers shouldn’t forget how good the situation has been for workers.

Only last month, the Fed laid out a path of steady but slow interest-rate hikes, but over the intervening weeks officials have expressed a need to move more aggressively with almost all expressing support for a 50-basis-point move in May. Traders in the federal funds futures market are pricing in another half-point rate hike in June.

Powell wouldn’t be more specific about the May meeting, reminding his audience that officials will announce the move after their two-day discussion, but he did not push back on the consensus.

“I think markets are processing what we’re saying, they’re reacting appropriately generally, but I wouldn’t want to hurt any particular market pricing,” he said.

The Fed will move “expeditiously” to get rates to neutral and then into restrictive territory if necessary, Powell said.

moved lower after Powell’s remarks as the yield on the 10-year Treasury note TMUBMUSD10Y,