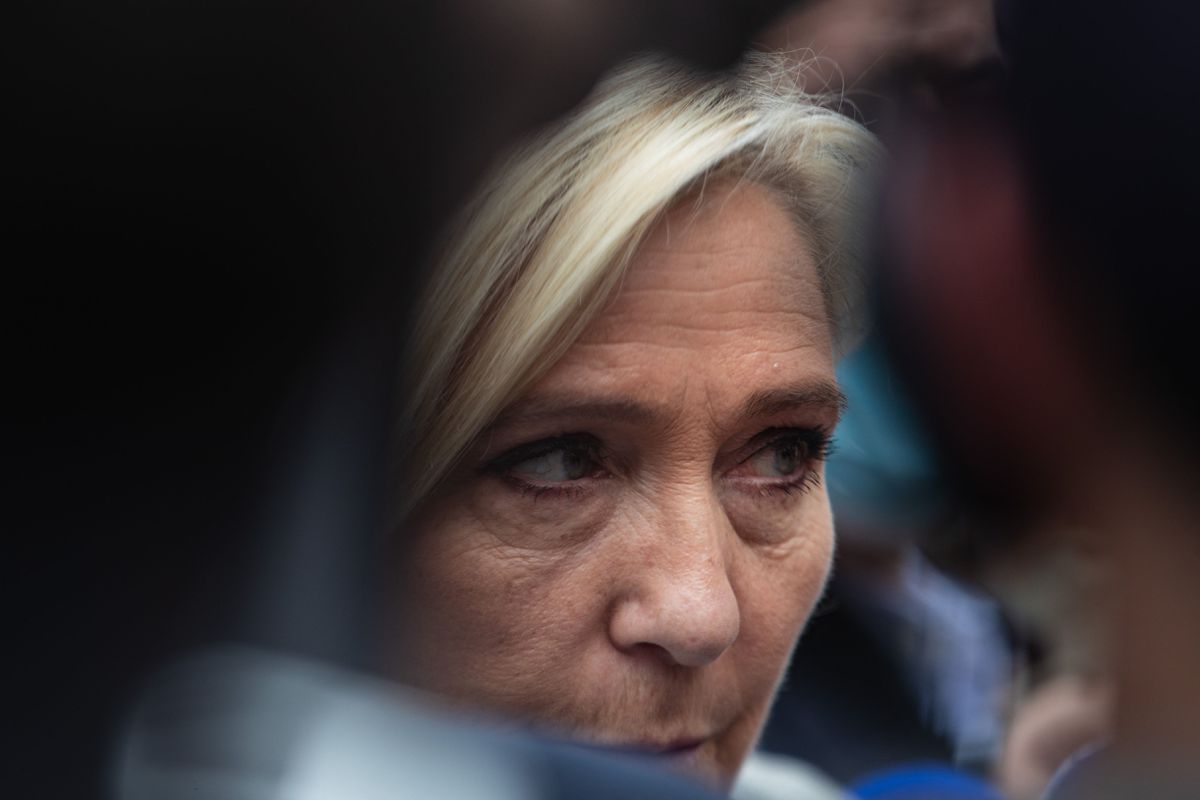 Paris prosecutors are studying a report by the European Union’s fraud agency accusing French far-right presidential candidate Marine Le Pen and other members of her nationalist party of misusing public funds while serving in the European Parliament.

Le Pen denied wrongdoing, dismissing the report as “foul play by the European Union a few days before the second round” of the election. Speaking Monday on a campaign stop in Normandy, she said, “I am well accustomed to this, and I think the French will absolutely not fall for it.”

A similar EU fraud investigation was disclosed ahead of the 2017 French presidential election, which Le Pen lost to Macron. Le Pen was handed preliminary charges by French investigators over that case, which is still ongoing.

Macron, a pro-EU centrist, leads Le Pen in polls ahead of Sunday’s vote, though the race is tighter than when they faced off in 2017.

EU fraud agency OLAF submitted its latest report last month to the Paris prosecutor’s office, which is “in the course of analyzing it,” the prosecutor’s office said Monday. No formal investigation has yet been opened, and no further details were released.

According to Mediapart, the OLAF report found that Le Pen, her firebrand father and party founder Jean-Marie Le Pen and other party members who served in the European Parliament used 617,000 euros of public money for “fictitious” reasons, notably for the benefit of companies close to the party. The fraud office is reportedly seeking reimbursement of the funds and potential fraud and embarrassment charges.

OLAF accused party members of “grave violations” and said the “inappropriate behaviour” of members of National Rally – formerly called the National Front – “imperilled the reputation of the Union’s institutions,” according to Mediapart.

It’s not the first time Le Pen has been accused of misusing EU funds. Among several legal affairs that have dogged her party, Le Pen was handed preliminary charges in 2018 based on a separate investigation by OLAF accusing members of her party of using aides on the European Parliament’s payroll for the party’s political activity. Other French political parties faced similar charges.

Le Pen, who served in the European Parliament from 2004-2017, smiled for selfies as she met with hundreds of voters Monday in the Normandy town of Saint-Pierre-en-Auge. A small group of Macron supporters came with posters to urge voters to prevent the far-right from running France.

She and Macron face a crucial debate on Wednesday.