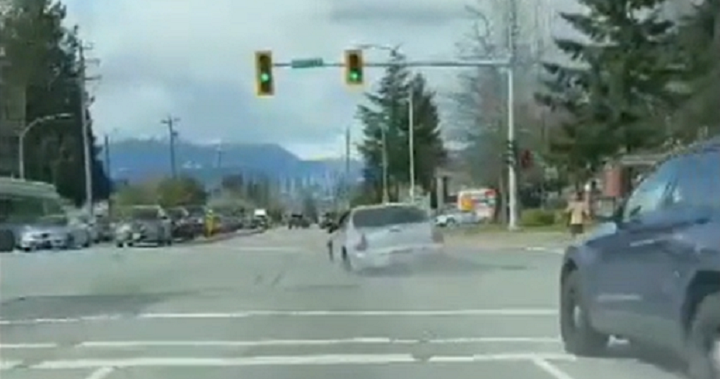 A man was arrested Thursday following a high-speed police chase in Surrey that came to a dramatic conclusion.

Surrey RCMP said the incident began just before 4 pm, when officers tried to pull over a vehicle with uninsured, unattached plates near Scott Road and 102 Avenue.

When the driver failed to stop, Mounties said they tried to use a spike belt on the vehicle, but that it continued to speed away on the wrong side of the road on 120th Street.

Police tracked the driver by helicopter, and an unmarked police vehicle eventually collided with the suspect’s car “causing it to hit two civilian vehicles,” an RCMP spokesperson said.

No one was injured in the crash, according to police.

The suspect was a prohibited driver, police said, and was taken into custody pending an investigation into dangerous driving.