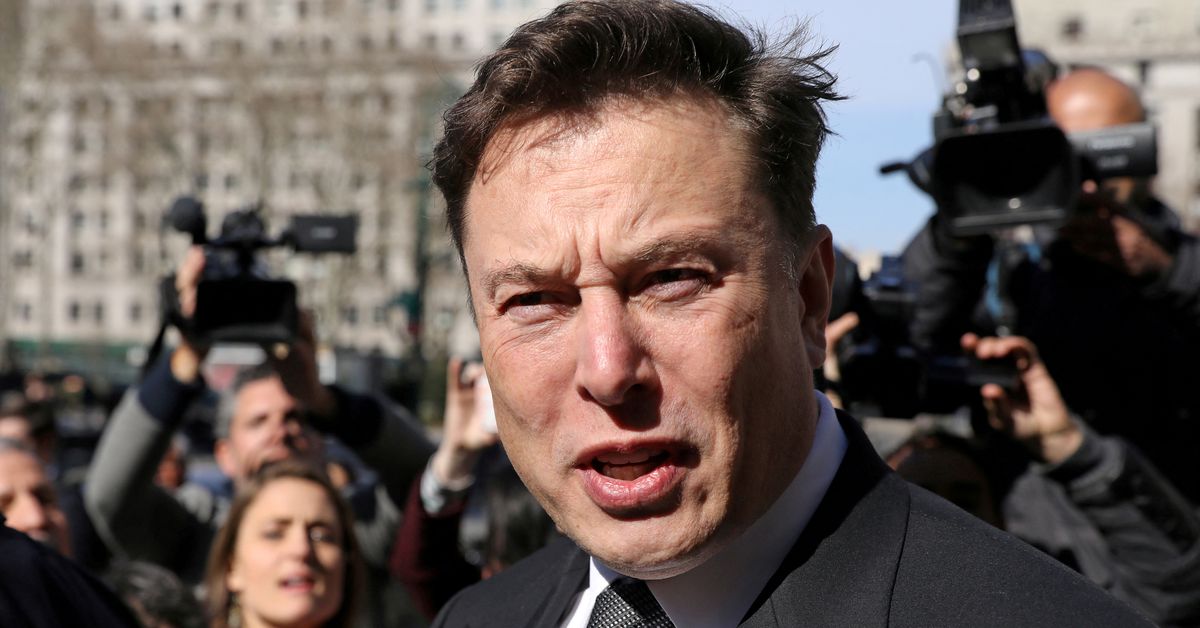 April 14 (Reuters) – Tesla Inc (TSLA.O) CEO Elon Musk on Thursday stepped up criticism of the US securities regulator, calling Securities and Exchange Commission officials “bastards” for bringing fraud charges against him over his 2018 tweets regarding taking the company private.

On the day he made major news by unveiling a $43 billion cash takeover offer for social media company Twitter Inc (TWTR.N), Musk aired his grievances toward the SEC during remarks at the TED Conference in Vancouver. read more

Musk, the world’s richest person according to a Forbes tally, said funding to take his electrical car company private was actually secured at the time he posted his tweets, but the agency “pursued the active public investigation nonetheless.”

“So I was forced to concede to the SEC unlawfully. Those bastards,” Musk told the audience.

Musk said he felt forced to settle with the SEC because banks threatened to cease providing capital if he did not do so, which would have made Tesla bankrupt immediately.

“So that’s like having a gun to your child’s head,” Musk said.

“I was forced to admit that I lied to save Tesla’s life and that’s the only reason,” Musk added.

Musk and Tesla each paid $20 million civil fines – and Musk stepped down as Tesla’s chairman – to resolve SEC claims that Musk defrauded investors on Aug. 7, 2018, by posting on Twitter that he had “funding secured” to take the company private. The SEC said at the time his funding tweets “lacked an adequate basis in fact.”

A related consent decree also required Musk to obtain pre-clearance from Tesla lawyers for tweets and other public statements that could be material to Tesla.

A spokesperson for the SEC did not immediately respond to a request for comment on Thursday.

Musk rejected an invitation to join Twitter’s board last Saturday after disclosing his current more than 9% stake. He was required to have disclosed that he held a stake exceeding 5 percent in Twitter and is expected to invite regulatory scrutiny for missing a deadline to disclose such a stake and filing the wrong form, according to securities experts.

On launching his Twitter takeover bid, Musk said he made the offer because he believes “it’s very important for there to be an inclusive arena for free speech.” Musk said he believes Twitter’s algorithm should be open-source and suggested the code behind it should be available on Github, a Microsoft-owned platform for sharing code for software development.

Asked if he had the financing to do the deal, Musk said: “I have sufficient assets. I can do it if possible.” He did not offer details.

Reporting by Hyunjoo Jin in San Francisco and Sheila Dang in New York; Editing by Jonathan Oatis, Will Dunham and Kenneth Li