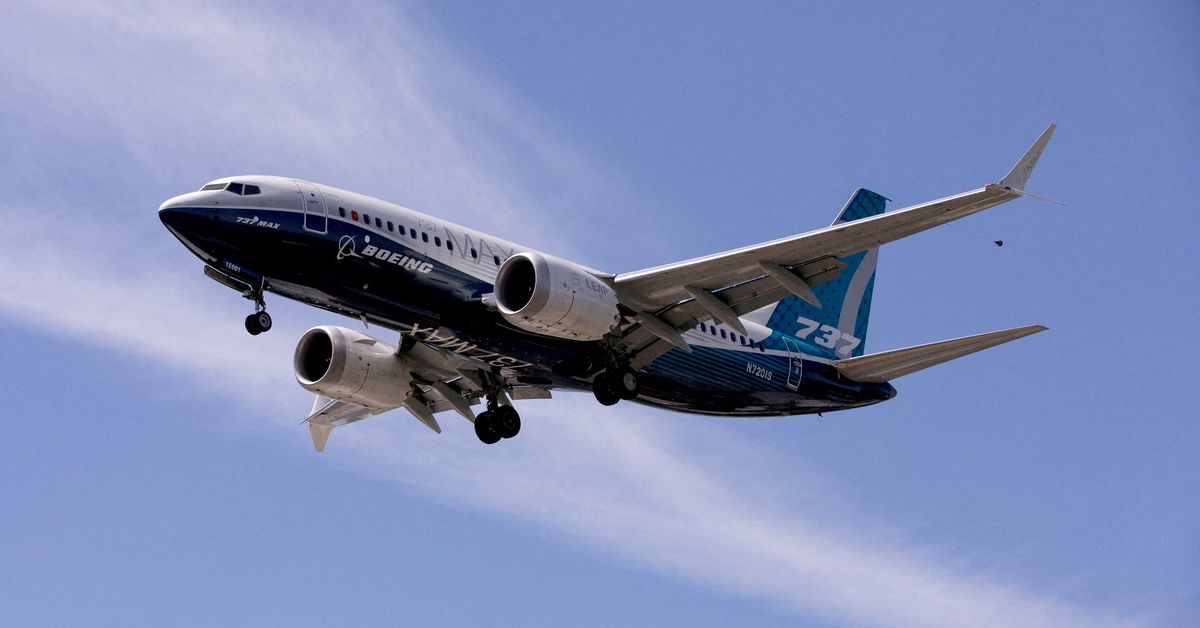 A Boeing 737 MAX airplane lands after a test flight at Boeing Field in Seattle, Washington, US June 29, 2020. REUTERS/Karen Ducey/File Photo

BENGALURU, April 13 (Reuters) – Indian budget carrier SpiceJet Ltd (SPJT.NS) said on Wednesday the country’s aviation regulator has asked 90 of its pilots to refrain from flying Boeing 737 MAX planes until they have been retrained.

SpiceJet, which currently operates 11 MAX aircraft and has 144 pilots to fly them, said the pilots have been restricted from operating the jets until they undergo retraining to the Directorate General of Civil Aviation’s (DGCA) satisfaction.

Indian media reported that the restrictions were imposed after flaws were discovered at a simulator facility near Delhi where they had received training for the Boeing jet.

The pilots continue to remain available for other Boeing 737 aircraft and the restriction does not impact MAX operations, a SpiceJet spokesperson said.

The airline is Boeing’s biggest customer in the South Asian nation for MAX planes.

“We are working closely with all parties involved including our supplier and the DGCA to ensure the maintenance and operation of this specific device complies with all regulatory requirements,” Boeing said in a statement.

“We are committed to ensuring our customers receive high quality simulation experiences in accordance with all regulations.”

The pilots need to retrain successfully and we will take strict action against those found responsible for the lapse, Arun Kumar, the director general at India’s air safety watchdog DGCA, said.

In August, the regulator cleared the 737 MAX aircraft to fly after a near two-and-a-half-year regulatory grounding following two fatal crashes in 2019. read more

As part of the conditions for returning the plane to service, Boeing and regulators agreed to beef up training for pilots to include simulator training.

Reporting by Chandini Monnappa and Nallur Sethuraman in Bengaluru and Aditi Shah in New Delhi; editing by Uttaresh.V and Bernard Orr