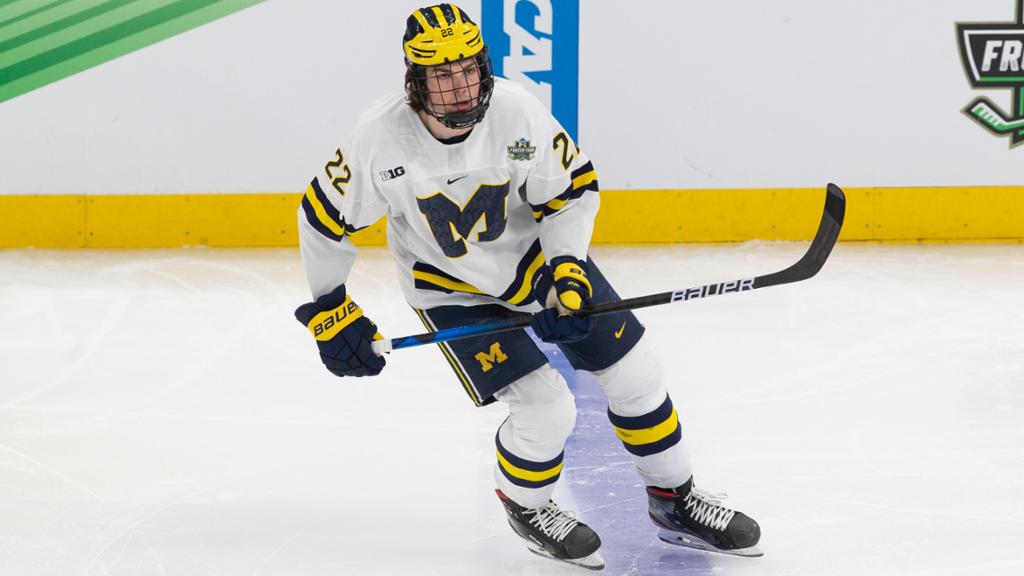 Owen Powerthe No. 1 pick of the 2021 NHL Draft, signed a three-year, entry-level contract with the Buffalo Sabers on Friday.

The 19-year-old defenseman will join the Sabers in Tampa, Florida, on Saturday, ahead of Buffalo’s game at the Tampa Bay Lightning on Sunday, and he is expected to make his NHL debut at the Toronto Maple Leafs on Tuesday, general manager Kevin Adams said.

Power was born in the Toronto suburb of Mississauga, Ontario.

“It’s a proud day for our organization,” Adams said. “We certainly believe in Owen and his abilities both on and off the ice, just the person he is. You’ve heard me talk over and over again about culture and what we’re building here and he is a phenomenal person, human being , just the way he carries himself. He treats people well. We’re excited just to have him join this group and come in and be himself.”

Adams said there would be no expectations placed on Power, other than him playing to his strengths.

“We’ll have some conversations over the next two, three days, myself and Owen and the coaching staff, and just make sure that we’re putting him in a position to succeed and also helping him take a breath and just realize that he can just go be himself,” Adams said. “He doesn’t have to feel the weight of the world or anything extra, stress or pressure. He can just go be part of a group and just play. I think it’ll kind of shake itself out, honestly. But I do think it’s an important time for him to just feel the League and see what it’s all about.”

As a sophomore this season at the University of Michigan, Power scored 32 points (three goals, 29 assists) in 33 games.

Michigan’s season ended with a 3-2 overtime loss against Denver in the NCAA Frozen Four semifinals in Boston on Thursday.

Adams said he spoke to Power and his agent after the game, and those conversations led to the contract being signed Friday.

“We’ve certainly had conversations, dating back to even before we drafted Owen,” Adams said. “We interviewed him and spoke to his representatives. We were well-aware of his feeling and his plan of what he would like to do going into this season. … But we were also very open and honest in our communication that we felt that when it was the right time he’d be joining us, and that’s what we have worked towards. myself and the staff and the player development staff. But we also wanted to make sure we were respectful, giving him the ability to stay focused, to stay present, and really be able to put his all into where he was, which was the University of Michigan, and he did that. So that’s great for him and now it’s time to do it with us.”

Power also scored five points (three goals, two assists) in two games for Canada at the 2022 IIHF World Junior Championship before the tournament was postponed after three days due to concerns surrounding the coronavirus. In his first game he became the first Canada defenseman with a hat trick in a 6-3 win against Czechia.

He also had one assist, a plus-2 rating and a Canada-best 21:38 in average ice time in five games at the 2022 Beijing Olympics.

While Power could have competed for a spot with the Sabers this season, Adams said it was beneficial for him to have taken the development path he did.

“He played huge minutes, top team in [NCAA hockey], got the chance to go to World Juniors,” Adams said. “Even though it abruptly ended he still put a pretty good stamp in a short time having a hat trick there. Got a chance to go to the Olympics. I think when you add it all up, it was a great development year for him because regardless of how talented he is, he’s still a young player and we want to keep helping him get better and better and set him up for success. So I really am proud of how he handled himself during this season on and off the ice and just excited to get him in a Sabers uniform.”

Power’s teammate, forward Kent Johnsonthe No. 5 pick of the 2021 draft, signed a three-year, entry-level contract with the Columbus Blue Jackets on Friday.